However, that adorable little child in the bizarre little cap is me circa 1973. And that blurry brown creature behind the chicken wire in the cage on the left is a rabbit. It dawns on me as I write this that I’ve never asked what that old fat bastard’s name was. Let’s call him Fat Old Bastard. Actually, let’s call him Blind Fat Old Bastard because he couldn’t see worth a hoot and that’s about to become super important to this story. “BFOB” for short.

If it sounds to you like BFOB and I didn’t have the best of relationships, well, you’d be right. Look again at this picture and you’ll notice that I’m feeding BFOB some tasty, delectable, delicious greenery, aka grass.

One day in a scene that looked much like this, as I pushed the delicious greenery through the chicken wire to BFOB, apparently my tasty beige looked a lot like greenery. You guessed it — BFOB bit off my finger.  Off. As in off my hand.

Well, ok, technically it wasn’t the whole finger. BFOB bit off my index finger to the first knuckle. And thankfully it wasn’t completely bitten off and BFOB didn’t swallow — the tip of my finger was still hanging on, dangling by a little bit of skin.

It turns out when you’re one year old and still consist almost entirely of a puddle of stem cells, you can recover from a lot. The doctors did little more than stitch the digit back together, slap the sort of bandage on it that can survive even a one year old, and wish my parents the best, telling them, “Maybe the finger will grow, maybe it will fall off.” It grew. It’s a little funky. Somewhere, there’s a picture of me smashing ants with that epic bandaged finger.

Now then, what the heck does this have to do with teams that think and act like owners, rallying people around a focused offering, mapping a path, and executing like a machine?

As of this weekend, it’s 48 years later and that rabbit is long gone. *I’m* the fat old bastard now, but thankfully not blind. But when I’ve told this story to people that worked for me, people that I’ve worked with, clients, etc. they “know me” on a different level. And they have a damn good time poking fun of me and my “bunny finger,” too.  And that’s sorta the point.

How much do you know about the people that you work with? That work for you? That you work for? You see all the visible, diverse bits about them that give you impressions about them. But how much do you truly know? What do you know about what you can’t see? Where they come from? What story they have about a value they learned from a family member, coach, or embarrassing story from school?

And what do they know about you? 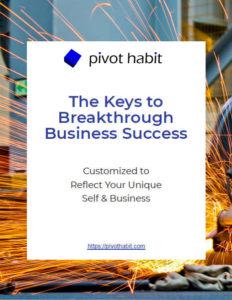